Many, many Angair members have contributed their deep knowledge, skill, time and enthusiasm to this website 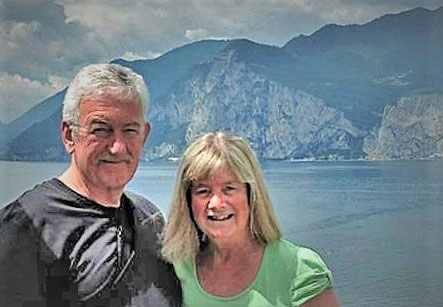 Among the many challenges of  2020 and again in 2021, has been the  impossibility of holding Angair’s traditional, popular  Wildflower and Art Show.
Bill and Olivia Clarke have addressed that challenge, working tirelessly to lead production of an online Angair Nature Show.
It is their particular interest and skills in digital technology that are at the core of their contribution to Angair. Bill brings extensive project management and IT experience. Olivia’s career focus has been the effective use of technology for learning. They initiated the digital asset management project (DAM). This work involves digitising the extensive collection of photographs and drawings of flora and fauna, as well as the diverse range of activities of Angair, collected over its 50-year history. This repository has been a crucial resource for creating the virtual nature show.
Their remarkable diligence and focus have proved invaluable in what has been a massive task. Essentially beginning with a blank canvas, this website has been designed, constructed and brought to the public domain.
They have inspired and coordinated a very diverse group of contributors: interacting with insight, persistence and good grace 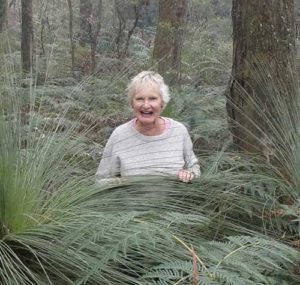 Gail has coordinated the development of all the wonderful self-guided and videoed spring walks you see on the Nature Show website. She has led a dedicated team of volunteers who all share her passion for informing others about the extraordinary natural environment we have here in Anglesea and Aireys Inlet.
Gail says:
Growing up in Anglesea I was surrounded by nature at an early age. At Anglesea Primary School it was not uncommon for the kids to go ‘orchiding’ and I was always in the thick of it. I can still remember the thrill of finding what we called the big White Spiders that I now know as Caladenia venusta. Fleshy Lips were also my favourite, although it did take me a while to refer to them as Thick-lip Spider Orchids. As a child, ‘conservation’ was not part of my vocabulary but I am sure the seed was sown during those early years.
I transferred my early interest in Orchids into a passion for all plant life which led to a rewarding horticultural teaching career within the TAFE sector. Interestingly my passion for the conservation of Australian Native Plants remained with me, regardless of what was in horticultural vogue.
Returning to the Surf Coast and knowing I would meet like-minded conservationists, it was a natural move to become involved in Angair, and I have not been disappointed.
The passion and enthusiasm of the Angair members is highly contagious, and the combined knowledge, so willingly shared, ensures we all have an opportunity to continue learning.

The photographs used on the Angair Nature Show  website, and for the Show promotion, are by a group of very talented Angair members. They have given Angair permission to use their work and they retain copyright. When I started to photograph birds and wildlife, I focused a lot on the birds of prey – eagles, falcons etc. When I slowed down and looked for the smaller species, I was amazed at the abilities they have. Little birds don’t really stop or slow down, to photograph them and capture them in a nice way is a hard task. Most birds are adept at flying, but watching a Superb Fairy-Wren fly at top speed through a shrub or a vine is quite amazing, the decision making and the coordination to do such is a great wonder. All the birds are a great wonder, I hope you enjoy looking at them as much as I do I started being Interested in birds in the early 1970s and birded alone for a few years using a bird book. I eventually joined Birdlife Australia, or the Bird Observers Club as it was then. This meant I was able to share information, and learn so much more about birds from experts. I had tried, but given up on learning about plants as no one book had the answers, and I had no mentors. In 1990, when we bought a house in Aireys Inlet, I joined Angair and finally found the perfect avenue for ‘scratching the itch”. I was blown away by my first Angair Flower Show and my first bus tour with Gwen, who was an early mentor. I was fortunate also to have Mary White as an early teacher, and then Margaret MacDonald and others such as Chris Morrissey. Mike Traynor the bird group leader, was a fount of bird knowledge. Birds and plants had finally come together for me. The only, and continuing, problem when going on walks is whether to look up or down! But then there is also fungi, bugs, and marine … So much to see and learn about! And what an amazing natural environment in which to live, with such bountiful and accessible biological diversity. 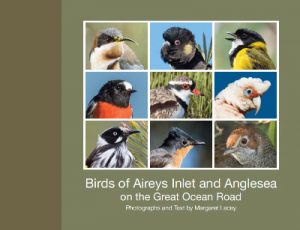 I soon applied an artistic eye to the photographs and as my skills and equipment improved I sought to document the local species for publication. My aim is to increase awareness of birds and the need for habitat preservation.
Margaret published her second book Birds of Aireys Inlet and Anglesea on the Great Ocean Road in 2017. Conservation Photographer
On retiring John pursued his passion as a conservation photographer and has been exploring various remote wilderness environments both in Australia and overseas.
He has worked with various conservationist groups and scientists recording both the habitats and the many endemic animals within.
In 2015 he and his wife Katrina bought a house in Anglesea where he has been exploring and recording the many native inhabitants of the Surf Coast and Great Otway National Park environments.
His species records for the area are now over 2,000 and that is just for the insects.
He has a love and fascination for all of nature including the numerous and vital Fungi and algae, and has a mission to record and present even the most obscure to validate the importance of its survival and indirectly our own. 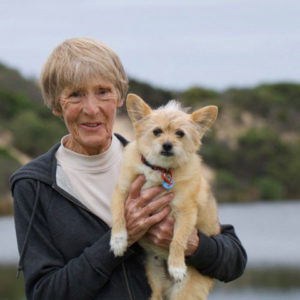 Margaret’s interest in the Anglesea-Aireys Inlet environment grew when she moved to Moggs Creek in 1989. She and her sister Kathie explored the district enthusiastically. Margaret also took every opportunity to accompany Mary White on field trips. Mary was keen to share her knowledge and Margaret equally keen to learn about the local flora and fauna. Mary became her mentor.
In 1992 Margaret found Merran’s Sun Orchid, Thelymitra x merraniae, (thought for 63 years to be extinct) at Moggs Creek, and her interest in terrestrial orchids escalated.
Margaret is the most regularly consulted authority on the local indigenous flora and continues to be one of its most impassioned and fearless advocates. She has edited or authored several Angair publications including the field guide Flowers of Anglesea and Aireys Inlet (2009) and with Everett Foster co-authored Orchids of the Anglesea District (1999), currently in its third edition.
As a former teacher, Margaret has a special rapport with children, and has arranged many activities and outings for school groups from both local and Melbourne schools.
At the annual Angair Wildflower Weekend, Margaret’s orchid display always attracts a crowd and her guided walks are fully booked and a special treat.
Over the years, Margaret has been involved in virtually every aspect of Angair’s work.
Margaret was elected an Honorary Life Member of Angair in 2012. She has received numerous accolades and several prestigious awards for her conservation work, including the Medal of the Order of Australia (2011) and the Australian Natural History Medallion (2015). 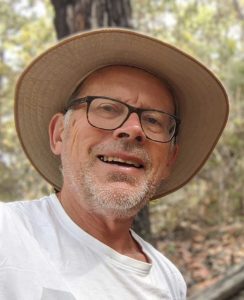 My first visits to Anglesea were as a scout camping in Eumeralla in the 1960’s. This instilled a strong love of the bush, the heath and the coast that has stayed with me throughout my life. I was an active photographer in my teens and twenties however family and work commitments dominated the next three decades. After reducing my work commitments as a scientist and moving (near) permanently to Anglesea with my wife Ursula in 2019, I have been able to contribute more time to Angair activities including a passion for bushwalking while documenting the seasonal changes in local flora and fauna photographically. Digital platforms including iNaturalist and Angair’s Digital Asset Management system provide powerful repositories for citizen science now and into the future. While the majority of my photos to date have been taken on my beloved Google phone – which works well for plants – I have recently started lugging around an SLR and big lens in an attempt to capture more images of local fauna. 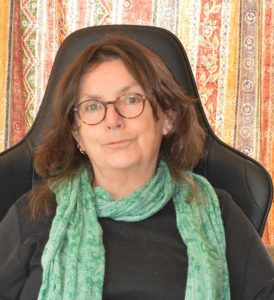 Having grown up in Anglesea, I now have a 50 year association with Anglesea and the surrounding areas. My working life has centred on secondary education and specialising in the visual arts. The main focus of this for some 25 years and including a Masters thesis, has been digital imaging. Specifically, this has included creating and manipulating photography, animation, audio and video.
Additionally, I have spent many hours enjoying and developing my knowledge of the beach and the bush in and around Anglesea. Now with digital imaging, it is a pleasure to be able to combine all of this to help document and protect this special environment, in some small way.

Skills needed to pull the Nature Show together have included design, research, writing, editing, Partner-liaison, funding, audio-visual production, publicity and promotion and project management – all skills which are found among these Angair members: