The Angair Mosaic is part of the Anglesea Mosaic Art Walk. 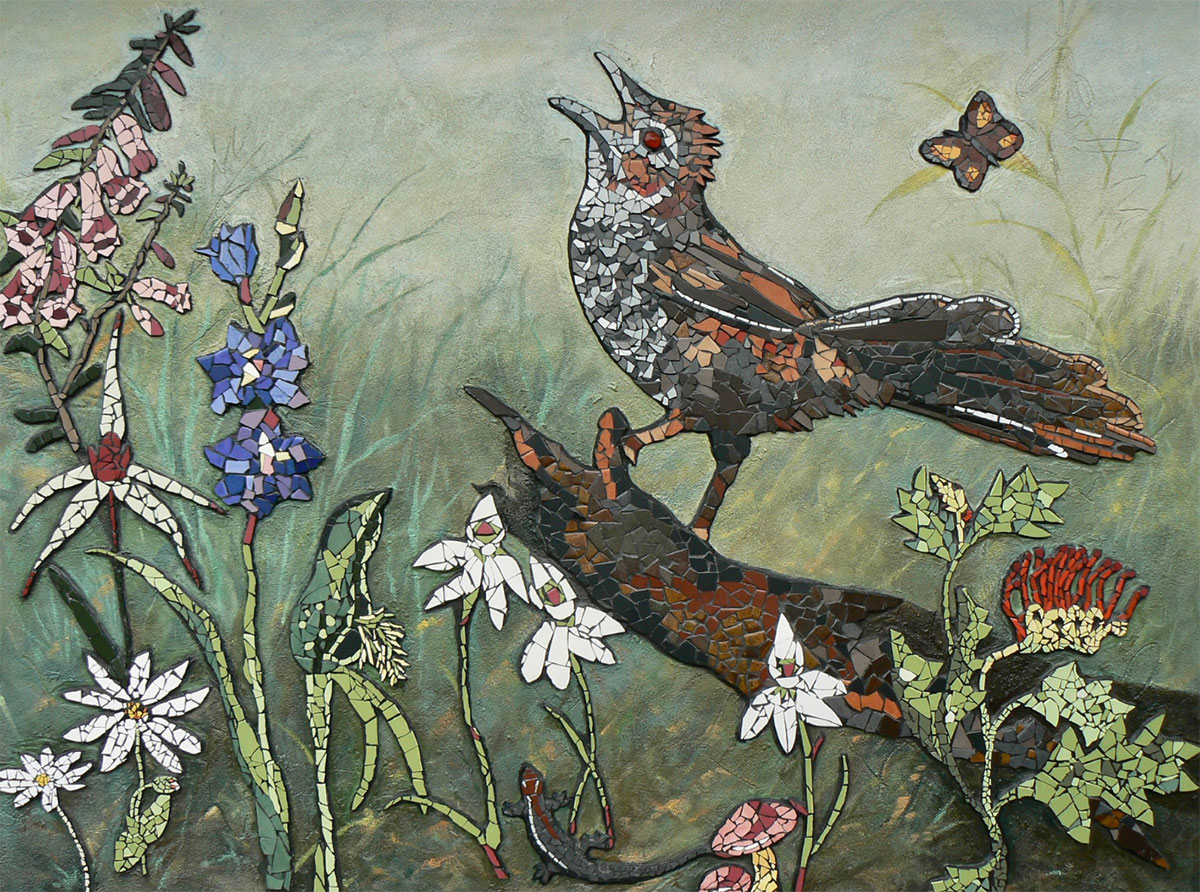 It was designed, prepared and assembled by a group of Angair members, under the guidance of artist Kate van Nooten and officially launched in 2010. The group decided that the mosaic should depict the beauty and rich biodiversity of the special local indigenous flora and fauna and also reflect Angair’s aim of protecting these plants and animals.

Some species like the Common Heath (Victoria’s floral emblem) are widespread while others such as the Angahook Caladenia are rare and found only in the Anglesea district.

The Mosaic in progress with the help of Angair members 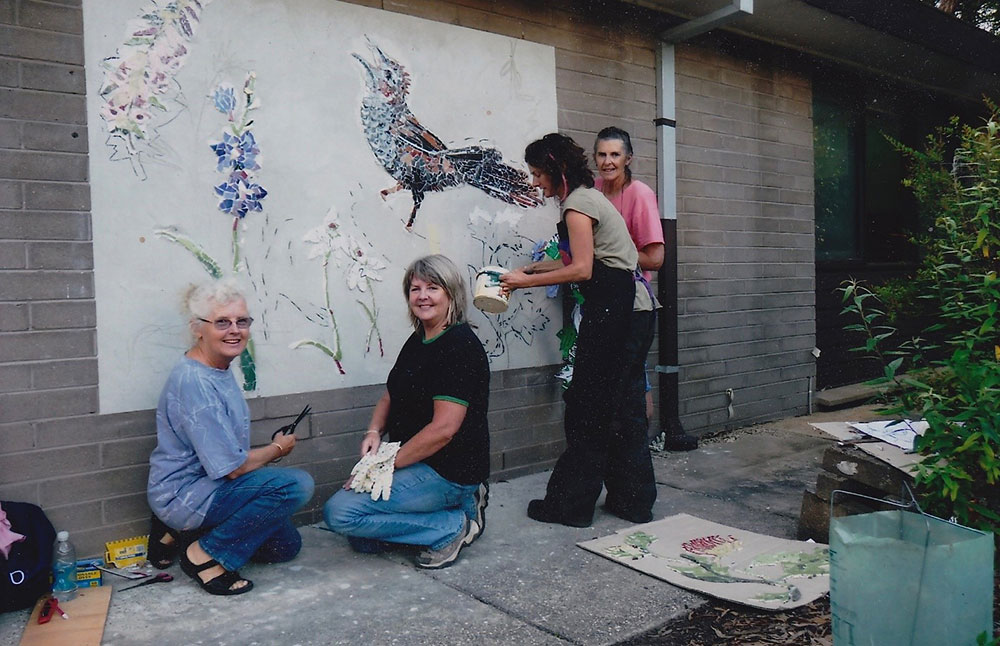 You can see the real mosaic – installed as a mural on the east wall of the ANGAIR Natural History Centre in McMillan Street Anglesea. Meanwhile, we hope you enjoy solving the mosaic jigsaw puzzle. Fortunately, it doesn’t have as many pieces as the mosaic itself!

Have you tried the Mosaic puzzle?